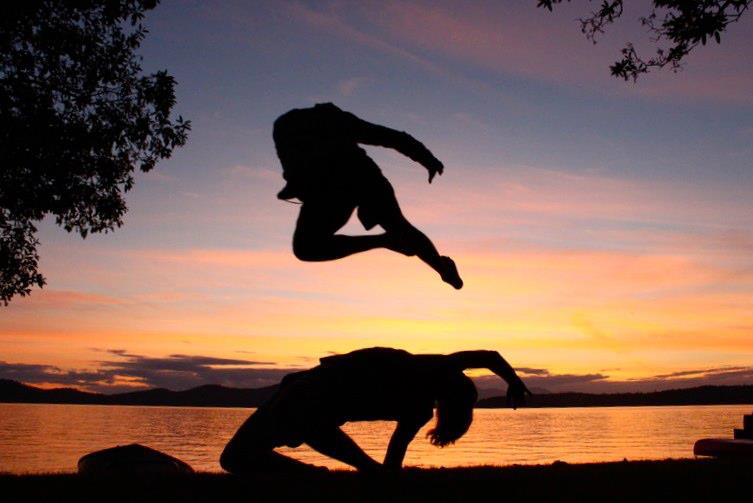 As someone with an inherent fear of heights, cliff jumping or anything of the sort was never my favourite. The ability to propel oneself through the air solely using one’s own body as propulsion, however, has always been far more appealing.

As I grew older, I became better at jumping and as is human nature, once we recognize we are good at something, we take far more enjoyment in practicing it. Box jumps became my favourite lower body workout and now I’m hard pressed to find a box at a gym which really challenges me. Nevertheless, at my 5’9 stature, dunking a basketball seemed like an impossible dream, but a dream nonetheless.

If there’s one driving theme behind Unlocking Human Potential, it is dreams and the rejection of any doubt that may surround them. The greatest obstacle we present ourselves is our own mental barrier, once we deem something as impossible in our minds, it becomes exactly that, impossible. History has done well to highlight this point, nothing more poignantly than the 4-minute mile. For centuries, the human body was deemed “incapable” of running a mile under 4 minutes. The record of 4:01 lasted throughout the entire 1940s until a man named Roger Bannister came about in 1954 and ran a mile in 3:59.4. Several runners followed this mark and now it’s almost routine for seasoned runners to run the sub 4-minute mile.

This principle of belief can be applied to any aspect in life, especially those of the performance realm. Enter Brandon Todd, the shortest dunker in the world.

I came across Brandon Todd’s story serendipitously by typing “short dunker” into Google. His achievement is staggering; a 5’5 individual who can soar through the air and dunk a basketball on a 10 foot hope. Needless to say, I immediately bought his app (Flytright), tweeted him, and have begun the conquest to also slam dunk by year’s end. Impossible? Never.